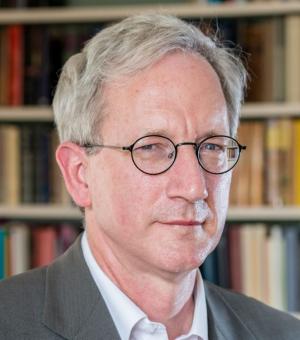 My most longstanding strand of research concerns the intellectual history of central Europe and the international Reformed world c.1550-1660. At the heart of these interests is a subject missing almost entirely from standard histories: the gradually expanding reform movements of the post-Reformation period culminating in the pansophism of Comenius, the universal reform programme of Samuel Hartlib, and the audacious philosophical projects of Leibniz. This subject has drawn me into a number of related topics, including educational reform, ecclesiastical irenicism, political theory, millenarianism, and the search for a new philosophy.

Rooting these developments in the politically and confessionally fragmented context of the Holy Roman Empire has stimulated an interest in what I call intellectual geography. This approach, implicit in much of my earlier work, is more explicit in the monograph, The Reformation of Common Learning: Post-Ramist-Method and the Reception of the New Philosophy, 1618-c. 1670, forthcoming from the OUP in 2020.

The challenge of harvesting and analysing the large quantities of data needed to document shifting patterns of intellectual activity has drawn me into the challenge of applying digital technology to historical research. Since 2009 I have directed the project known as Cultures of Knowledge: Networking the Republic of Letters, 1550-1750, which has experimented with creating the conditions in which scholars, projects, repositories, and publishers collaborate in populating a digital union catalogue of early modern correspondence, Early Modern Letters Online. In order to negotiate still more advanced ‘digital framework for multi-lateral collaboration on Europe’s intellectual history’, I chaired a COST network entitled Reassembling the Republic of Letters, 1500-1800, the results of which were published in an open-access book in 2019. I am currently Principal Investigator on a three-year project funded by the AHRC, entitled Networking Archives, which is experimenting with the application of quantitative network analysis to large quantities of correspondence data and metadata. I am also one of the architects of the Cabinet project in Oxford, which is developing digital infrastructure for teaching with objects and images.

The Reformation of Common Learning: Post-Ramist Method and the Reception of the New Philosophy, 1618-1670 (OUP 2020)

The Reformation of Common Learning: Post-Ramist Method and the Reception of the New Philosophy, 1618-1670 (OUP 2020)

Ramism was the most innovative and disruptive educational reform movement to sweep through the international Protestant world in the latter sixteenth and early seventeenth centuries. During the 1620s, the Thirty Years' War destroyed the network of central European academies and universities which had generated most of this innovation. Students and teachers, fleeing the conflict in all directions, transplanted that tradition into many different geographical and cultural contexts in which it bore are wide variety of interrelated fruit.

Between 1500 and 1800, the rapid evolution of postal communication allowed ordinary men and women to scatter letters across Europe like never before. This exchange helped knit together what contemporaries called the ‘respublica litteraria’, a knowledge-based civil society, crucial to that era’s intellectual breakthroughs, formative of many modern values and institutions, and a potential cornerstone of a transnational level of European identity.

Comenius, A Pioneer of Lifelong Learning

Comenius, A Pioneer of Lifelong Learning

Cultures of Knowledge: Networking the Republic of Letters, 1550-1750

Cultures of Knowledge: Networking the Republic of Letters, 1550-1750

Over 200 blog entries by project members and affiliates, April 2013-present

who have published their dissertations as follows: