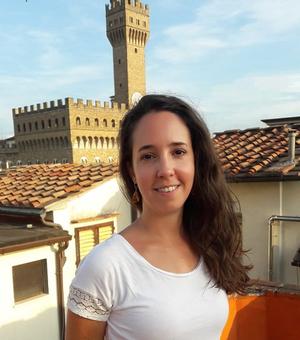 Curator of the Collection from the Islamic World
History of Science Museum
federica.gigante@hsm.ox.ac.uk

My research examines the transmission of knowledge and the movement of things, people, and ideas between the Islamic world and Italy in the Early Modern period. I am particularly interested in how artefacts, manuscripts, scientific instruments, and natural specimens travelled from the Islamic world to Italy to enter collections as well as scientific laboratories and in how knowledge and information was gathered in Islamic territory, travelled across the Mediterranean, and was received in Italy.

My monograph (in preparation) concentrates on the collecting of Islamica and procurement networks of the Medici protégé and agent Ferdinando Cospi in seventeenth-century Italy. Drawing on a wealth of unpublished archival sources, it sets the collecting efforts of Cospi and the Medici patronage which fuelled his collection in the context of the wider Italian political climate. In particular, it highlights how these objects were used by the Medici to further their claims for maritime supremacy over the Mediterranean and served as currency in their negotiations of political alliances in the Italian peninsula.

I am particularly interested in understanding Ottoman/Italian relationships away from the usual rethoric of military confrontation. My work is largely based on archival material to try and bring to light the voices of the people who were making contacts between Italy and the Islamic world and exchanged information, things, and ideas. I am interested in discovering the procurement networks that were put in place by Italian dealers, collectors, and scientists, and in unearthing the mechanisms that made possible such transfers across the Mediterranean.

My interests also encompass the ways in which artistic techniques and materials travelled across Asia to Europe and how these informed local artistic production, as well as the afterlife of objects moved from their land of origin to a different geographical and cultural context.

Oxford Centre for History of Science, Medicine and Technology

Oxford Centre for History of Science, Medicine and Technology