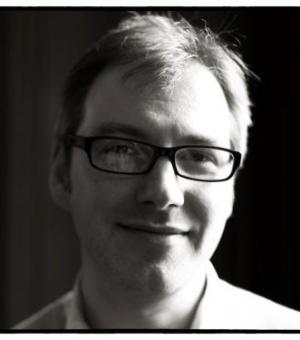 My research has covered several broad themes within the history of mathematics, spanning the spectrum from the development of technical ideas through to the history of people and institutions.

On the technical side, I have studied the development of so-called ‘abstract algebra’ during the 19th and 20th centuries: during this period the subject that mathematicians termed ‘algebra’ underwent a shift from algebra as equation-solving (the algebra that we learn at school) through to something rather more abstract and structural.  My interest has been in the way in which this shift took place in different contexts, and I have also written on the more technical aspects of the development of specific strands within this abstract mathematics.

Another theme to my work has been the interaction of mathematics and politics: for example, a study of parallel developments in mathematics on opposite sides of the Iron Curtain during the Cold War, with an investigation of the extent to which mathematicians in East and West were able to communicate ideas to each other.  The International Congresses of Mathematicians have also been of interest to me; I have co-authored a detailed study of the congress that took place in Oslo against a background of European political ferment in 1936.

Along with two collaborators, I was part of a project to investigate fully (for the first time) the mathematical papers of the much-hyped computing pioneer Ada Lovelace, which revealed a story about mathematical education in the 19th century that would have been fascinating no matter who the pupil was.

A further ongoing project, carried out in collaboration with colleagues in Egyptology, concerns the historiography of ancient Egyptian mathematics, contrasting the differing approaches of mathematicians and Egyptologists. 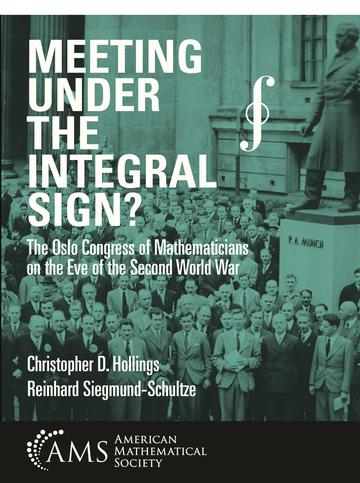 Meeting under the integral sign?  The Oslo Congress of Mathematicians on the Eve of the Second World War (with Reinhard Siegmund-Schultze), American Mathematical Society, 2019, https://bookstore.ams.org/

Oral communication, and congresses in particular, remain a crucial element within mathematical communication – even in the current age of electronic mail.  Indeed, congresses and meetings serve many more purposes than simply communicating information about recent mathematical research, and this has always been the case, with each particular historical period setting different priorities.  This book focuses upon and stresses the historically unique character of the Oslo congress of 1936. This congress was the only one on this level to be held during the period of the Nazi regime in Germany (1933–1945) and after the wave of emigrations from it.  Relying heavily on unpublished archival sources, we consider the differences between the goals of the various participants in the congress, most particularly the Norwegian organisers, and the Nazi-led German delegation.  We consider also the background to the absence of the proposed Soviet and Italian delegations.  In addition, we go into the mathematical dimension of the Oslo congress.  This was the conference at which the Fields Medals were awarded for the first time, and we put the laudatory addresses given on this occasion into perspective.  We give overviews of the 19 plenary presentations and their planning and development, and add biographical information about each of the plenary speakers.  We also put the state of international mathematical communication beyond narrow political conditions into perspective; the Oslo congress is used as a lens through which to view the state of the art of mathematics in the mid-1930s.

My research on the development of abstract algebra continues, with a current interest being the attitudes towards abstract symbolic methods among British mathematicians of the mid-19th century; these show some interesting parallels with the views of mathematicians who arrived at similar ideas independently several decades later – I hope eventually to contrast these parallel developments fully, each within its specific context.

Building on prior work on the International Congresses of Mathematicians I plan to continue to use these as a lens through which to view the development of mathematics during the twentieth century, and also as a means of tracking the involvement in international mathematics of a range of nations and groups.

Finally, the study of the historiography of ancient Egyptian mathematics looks set to be a long-term project, which will focus in part on certain Oxford-based figures who contributed to the modern interpretation of ancient mathematics.  The ways in which mathematicians and Egyptologists engaged with different texts will be a major theme in this project, aided by the extensive Egyptological archival holdings in Oxford.

I would be willing to hear from potential DPhil students interested in working in any area of my research interests and any potential Masters students looking at the history of mathematics.

BO1.1. History of Mathematics – a third-year option for undergraduate mathematicians in the Mathematical Institute https://courses.maths.ox.ac.uk/node/42269

What happened to the first soviet scientist to solve a fundamental problem in mathematics?  Oxford Sparks, May 2017, https://www.oxfordsparks.ox.ac.uk/content/what-happened-first-soviet-scientist-solve-fundamental-problem-mathematics