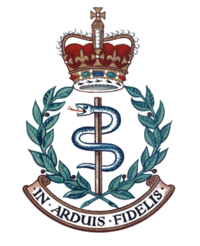 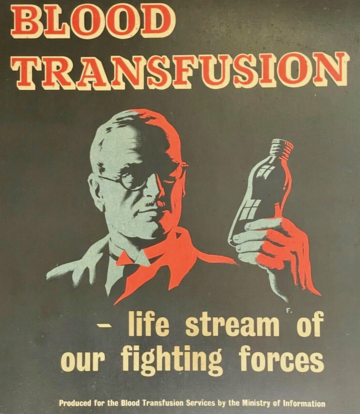 A collaboration with The Royal Army Medical Corps (RAMC), this major research project examines the history of battlefield blood transfusion during the Second World War. Its principal purpose is to inform current and future transfusion practices in challenging environments where requirements for blood can be large, urgent, and complex.

Based within the Faculty of History at Oxford's new Centre for the History of Science, Medicine and Technology, the project has been made possible thanks to a generous donation from The RAMC Charity. This funding will be used to employ a senior postdoctoral researcher dedicated to investigating the history of battlefield transfusion practices and lessons transferable to the current era.

Historical records from the Second World War provide the most robust available evidence for transfusion requirements in large-scale conflicts associated with mass casualties. They also document past responses to those requirements in a wide variety of austere settings and locations, from deserts and jungles to mountain ranges. Accepting major differences between the character of warfare in the 1940s and that of contemporary and future conflicts, it is expected that examination of these records will reveal lessons applicable to current and future policy, planning, and practice, as well as pertinent questions that require consideration. This is the first time that these sources will be fully exploited with these aims in mind.

While the project is focused principally on Britain's pioneering work in this field, attention will be given also to wartime developments in other combatant nations, from Commonwealth countries and the United States to Germany and Japan. Relevant records are extensive and spread across multiple archives, including the UK National Archives, the Imperial War Museum, the Museum of Military Medicine, the Wellcome Collection, and the US National Archives. Efforts will also be made to locate documentation in private hands, as well as find and interview former service personnel with experience of battlefield blood transfusion.